How Midwest Miniature Guy Got Started.

My name is Tom Nelson, and I have been an artist and painter since I could pick up a pencil or a brush. I have been drawing cartoons, illustrations and comic books/strips since junior high school. I've been painting miniatures for over 10 years. My passion for painting minis started right after my wife and I got married. We had very little money and a baby on the way. Some of our sources for entertainment were reading fantasy novels, gaming, and playing Magic: The Gathering.

One night she shows me some miniatures that she had painted a few years before we met for a 2nd Ed AD&D campaign she played in. I thought they were pretty cool and wanted to know where she got them and what paints she used. After hearing the story behind them we decided we were going to start painting them together. So we bought some craft paints, and brushes from Wal-Mart and found our local gaming store and bought a couple of minis.

Our first couple were pretty bad! LOL But we still have them! After a while she stopped painting. But I got very serious about it. I started learning new techniques and wanting to make my minis look like the ones I saw online, on forums from Reaper and Cool Mini or Not, and other miniature painters pages.

So here I am now, over 10 years later and feel like it's time to make this into a business. I have won several awards in the Con of the North Painting Competition here in Minnesota! I get some great compliments on my painting, and many have been used in Con of the North. GenCon Indy and Gen Con: SoCal games. I've painted stock armies, highly detailed Player Character minis, and a occasional garden gnome for my mother-in-law.

I still use craft paints, but augment them with Reaper Pro and Master Series paints, Game Worskshop/Citadel paints, Vallejo Colors, and Army Painter paints as well. I can spend up to 30 hours on a mini or as little as 2. It all depends on what you want. You need your space marines army up and running in a week? No problem. You want that foot tall dragon on a custom display base? You got it. Or maybe that garden gnome needs some touch ups? Let me know! I can help out with that too.

I was a studio painter for Center Stage Miniatures until they closed, and I'm currently the studio painter for Lesser Gnome Games, and have painted most of their figures from their 2 incredibly successful Kickstarters, Whisper and Venom, and Death and Taxes. I've done work for Tim Kask (TSR writer), and the Brothers Gygax (Luke and Ernie). I've also been fortunate enough to work on boardgame pieces for Prolific Game's "Hireling; The Ascent" game, which were shown at Gen Con 2015, and Origins.

A few years ago I illustrated my first full length children's book with author Laurie Isop, winner of the Cherrios Aspiring writers contest, titled "Wonder Why". A story about a young boy and his two older brothers on a quest to help a king, and win the hand of the princess. It can be found on Blurb.com. I have created artwork for Sinister Jester Studio's "Zombie Mosh" miniature skirmish game, illustrations for various clients RPG characters, as well as portraits for local musicians, families, and friends.

Thanks for taking a look through my site. I hope to work with you on whatever creative project you may have. 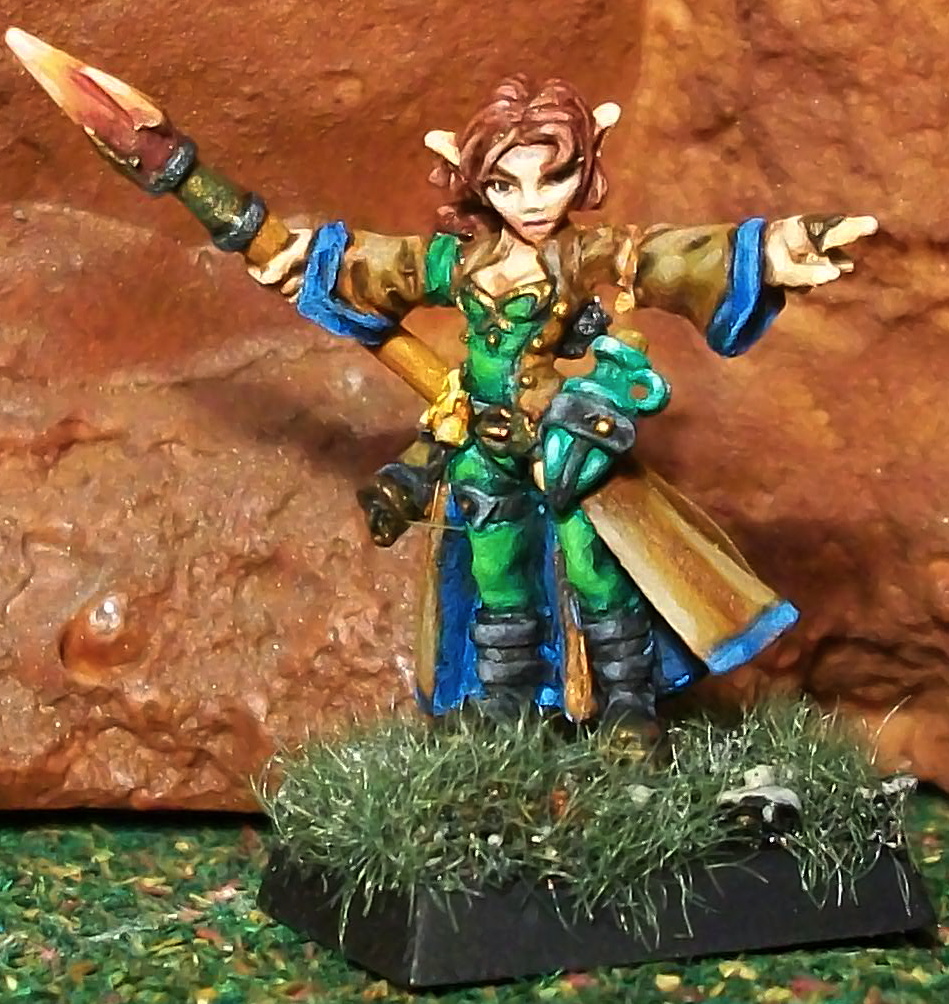